Val Roy Gerischer is currently working on a mixed-media series employing digital photography and digital image processing, collage, acrylic paint, colored pencil, printing, stenciling, and other techniques. These works are complex, expressive, colorful, and experimental. Most of the current works focus on the male nude. The works are compiled from sources from all over the world. The layers of these works feature photos from the artist’s collection, studio photography, and elements from the online universe of textures, graffiti, landscapes, shapes, colors, and forms that one can find in open-source photo collections like Unsplash and Absfreepic.

Gerischer is currently exhibiting his works at the Provincetown Art Association and Museum and The Cotuit Center for the Arts. He is also working on an Etsy store that will feature his originals and prints.

Gerischer spent his early years after college working as a commercial artist in New Jersey and Pennsylvania, producing products for Lenox China, Boehm, The Franklin Mint, Gordon Fraser, and Goebel. His commercial works are known for their precision, color, and exquisite detail. During this period, other non-commercial art endeavors included stunning stained glassworks and a series of large plexiglass paintings.

Dr Who and the Attack of the Beautiful Butterflies: Mixed Media, Val Roy Gerischer

John Stringfellow is currently working on several different series. The first one is an experimental series with the male figure or face as a starting point. These works are highly expressive and feature different types of marks, virtual that come from the world of online photo sharing or physical, made by the artist himself in the studio. The second series is a philosophical series based on the artist’s struggle to find his place in the world of money, history, identity, and society. The third series is an impressionistic landscape series that features scenes from the artist’s home on Cape Cod.

Stringfellow is currently exhibiting his works at the Provincetown Art Association and Museum and The Cotuit Center for the Arts. He is also working on an Etsy store that will feature his originals and prints.

Stringfellow spent his early years before college painting barns in South Alabama, traveling to art shows all over the region. This work sold very well and garnered the artist much acclaim and a studio full of awards. The work was not bad. It was very expressive, exceptional, but at the same time, naïve. In college, the artist became obsessed with modern art and engrossed in the works of Van Gogh, Max Beckman, Larry Rivers, James Rosenquist, Jim Dine, and Jasper Johns.

After college, the artist did not touch art for many years. Many years later, he picked up the pencil and began a series that would take him back to the art show circuit once again but with an entirely new goal: to show another side of his being. These pieces explored the boundaries of religion, politics, and sex. Many were hard to look at; others were peaceful, mysterious, and engrossing, while others were condemnations of the current state of affairs. These works were once again very successful. The artist won awards wherever he went, and some pieces were purchased for permanent collections.

Virtual Gallery of Images in the Shows

Later today, you’ll find a large photo gallery highlighting pieces from the show. Here are some other works to look at for now.

Update: The story below was written as America was beginning to come out of lockdown from the Coronavirus pandemic in early July of 2020. Gerischer and Stringfellow had been isolating themselves at home, creating new works, and this time of isolation was wonderfully productive for both artists.

The new images above, By the Sea and Dave: Vibration #47, result from hour upon hour of experimentation and reworking of images. These pieces start with a nude model and get processed through an image factory that adds layer upon layer to the pieces as they accumulate complexity and richness. Sometimes it is a male nude with layers of flower photos from our garden, photos of graffiti taken in any number of locations around the world and uploaded to the web by the ever-present army of photographers, mostly smartphone-wielding photographers, or our own photos of textures, rusty signs or running water.

What emerges is a digital portrait of a figure in a fantasy world, a fantasy environment that is unique and evocative. We think these new pieces are spectacular. They are currently on exhibit in the 2020 Members 12 X 12 Show at the Provincetown Art Association and Museum. They are for sale for a starting bid of $125.00 each.

We will be adding more images soon to this page and to our new store on Etsy, where we will be offering these prints, originals, and other works by artists that we have collected over the years. 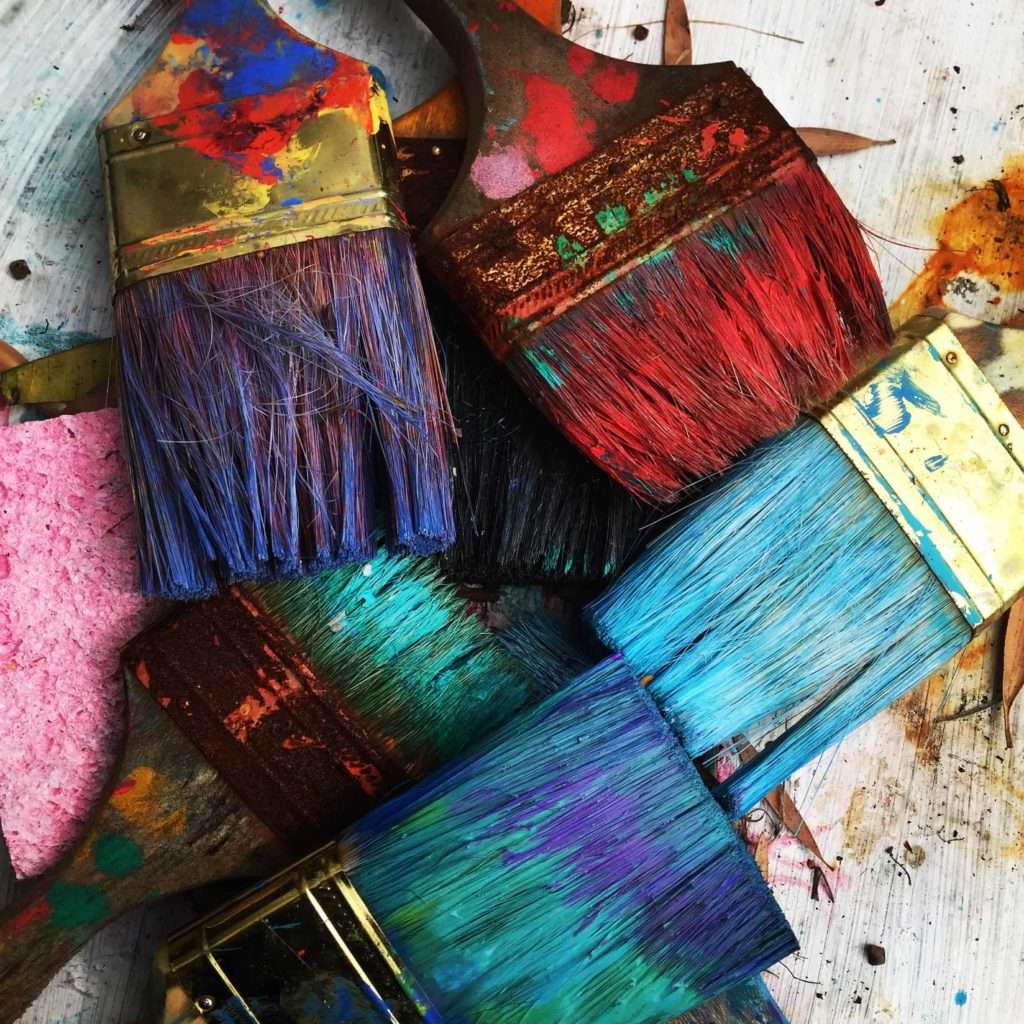 This page will feature all sorts of stories, images, and links having to do with… 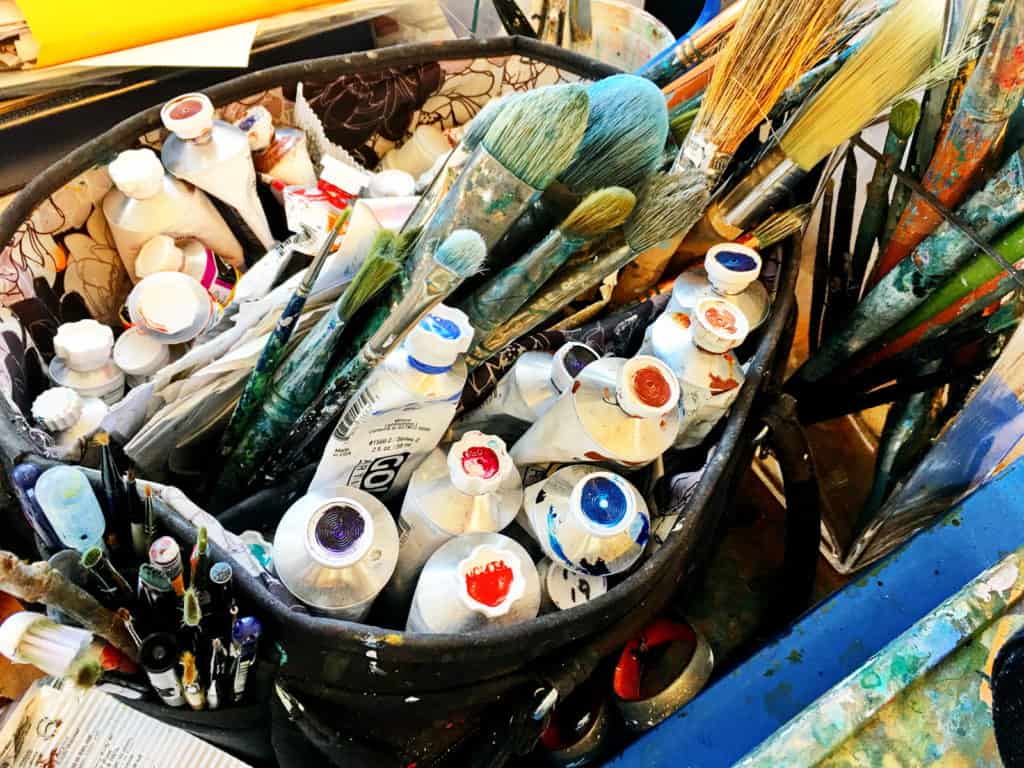 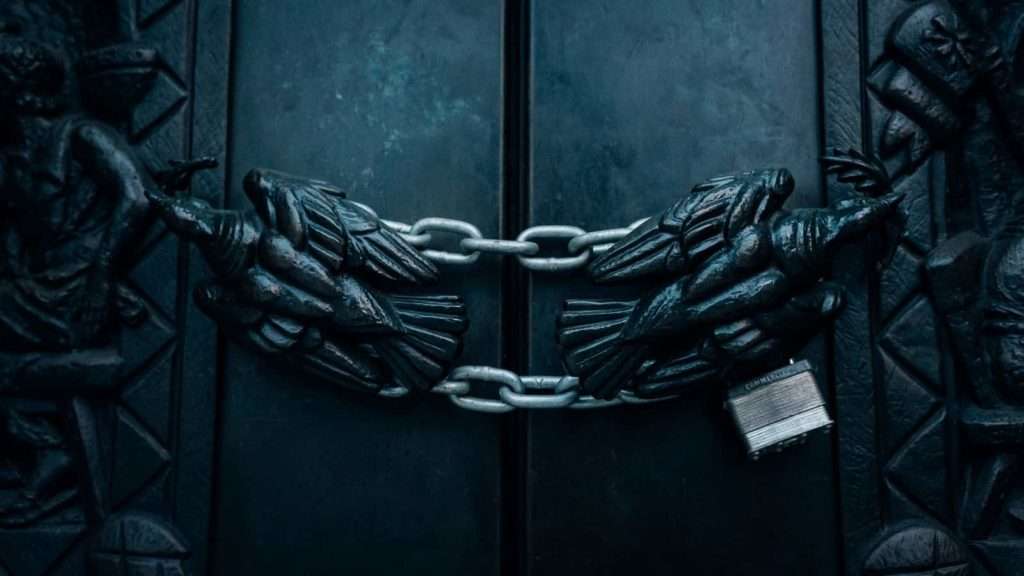 Cotuit Center for the Arts Closing – For Now

Cotuit Center for the Arts One of my favorite cultural institutions is closing for now…. 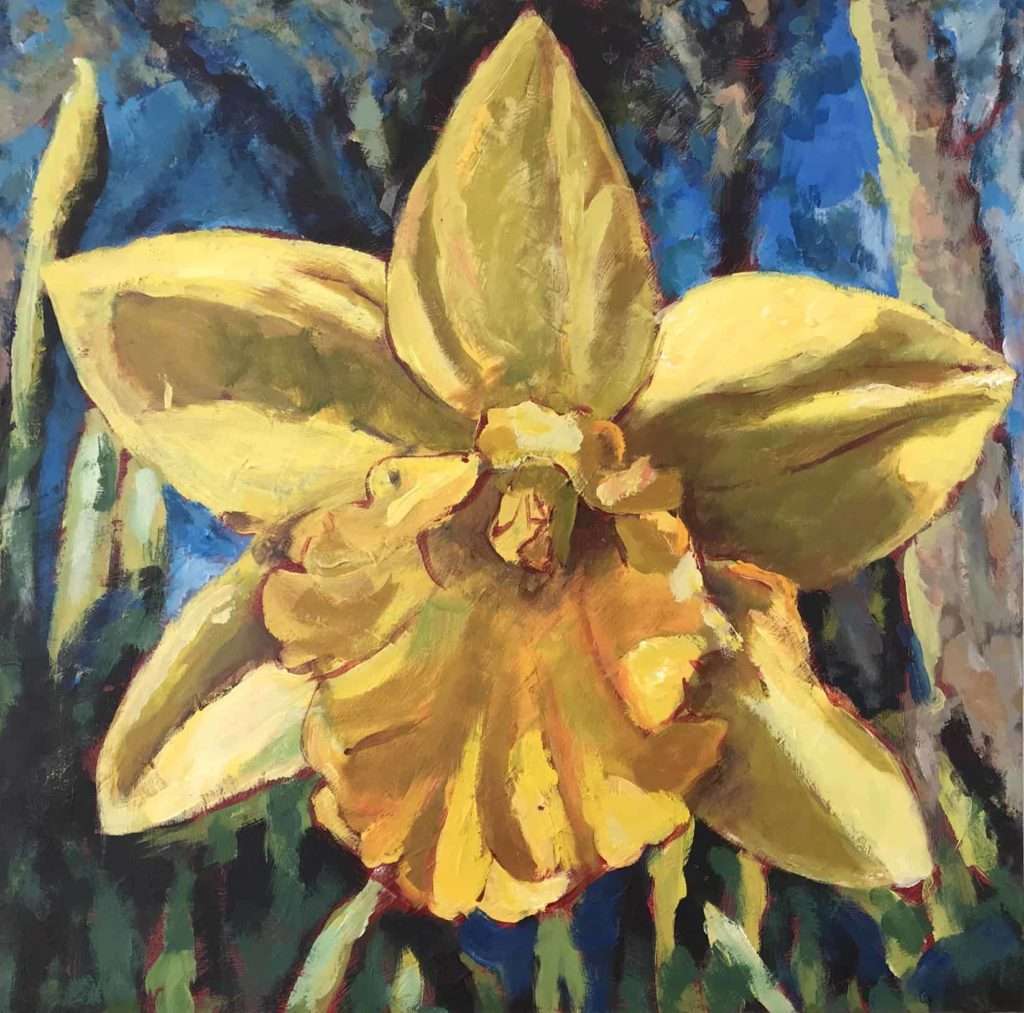 Painting Again 2.0, The beginning of the iPhone Series 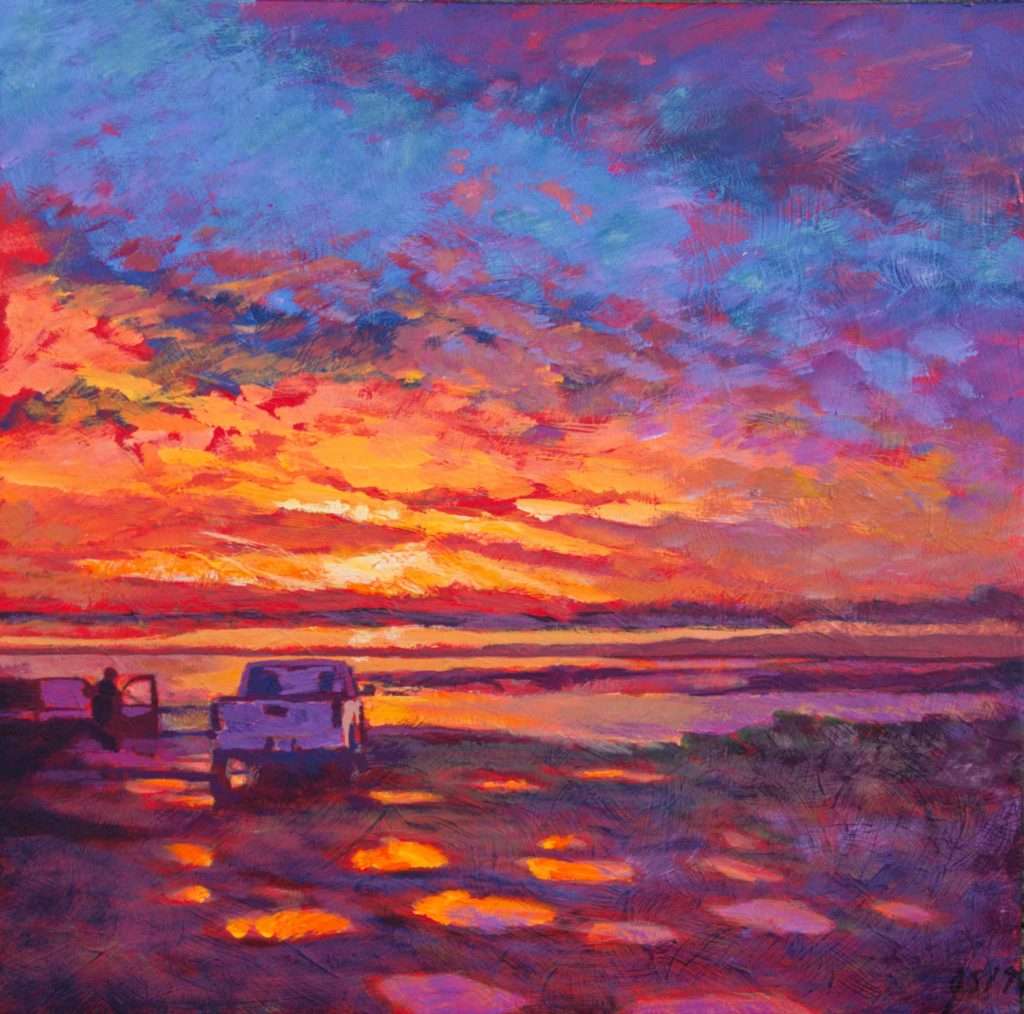 It has truly been decades since I’ve painted, but this week, I changed that. On… 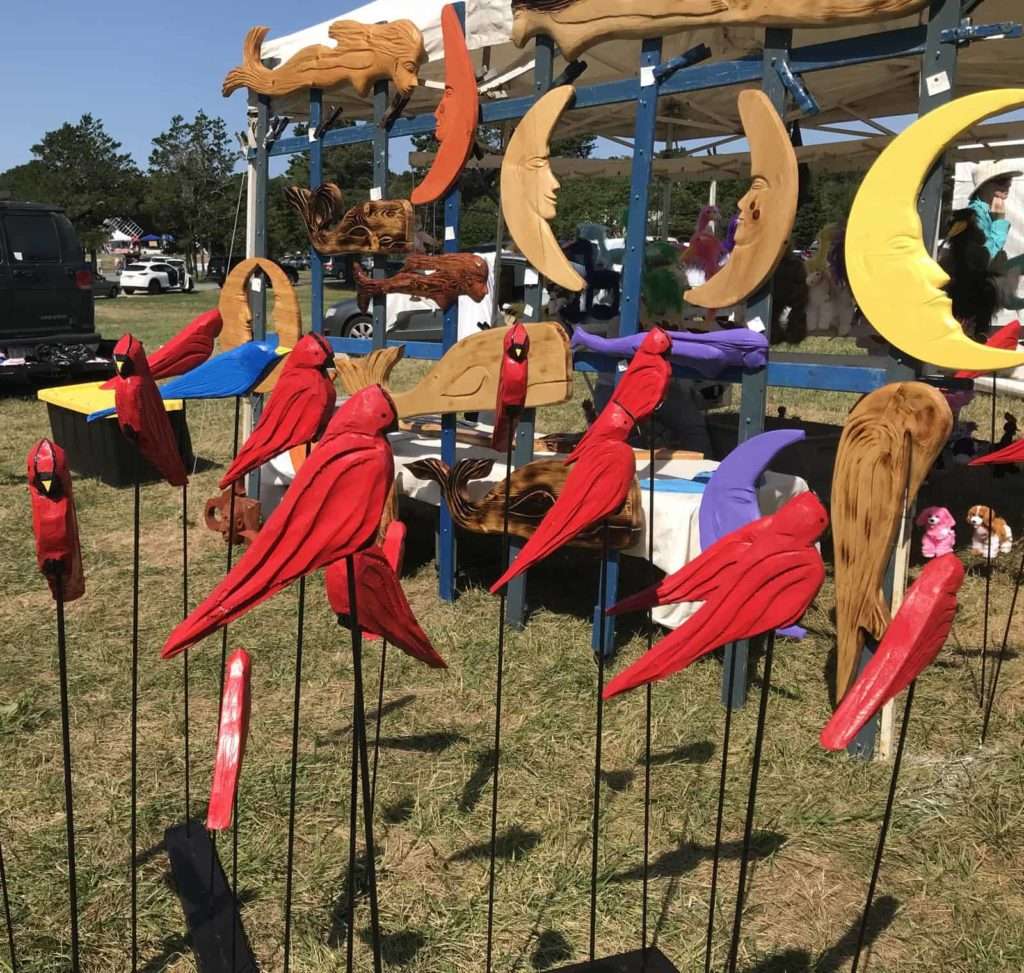 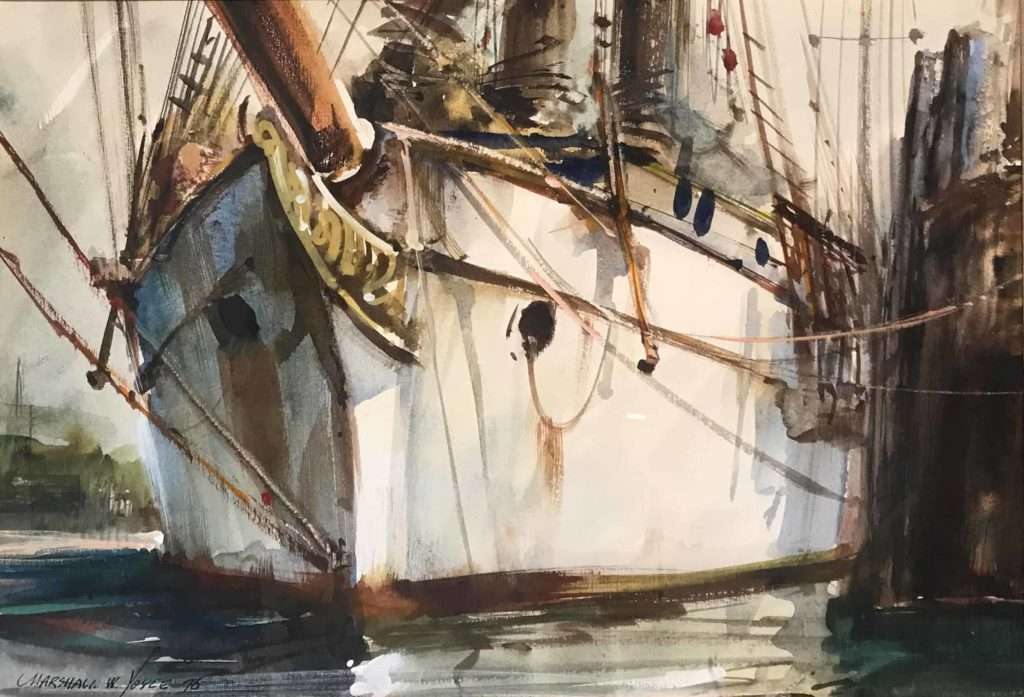 This nautical watercolor is by noted American artist, Marshall Woodside Joyce. It is framed and… 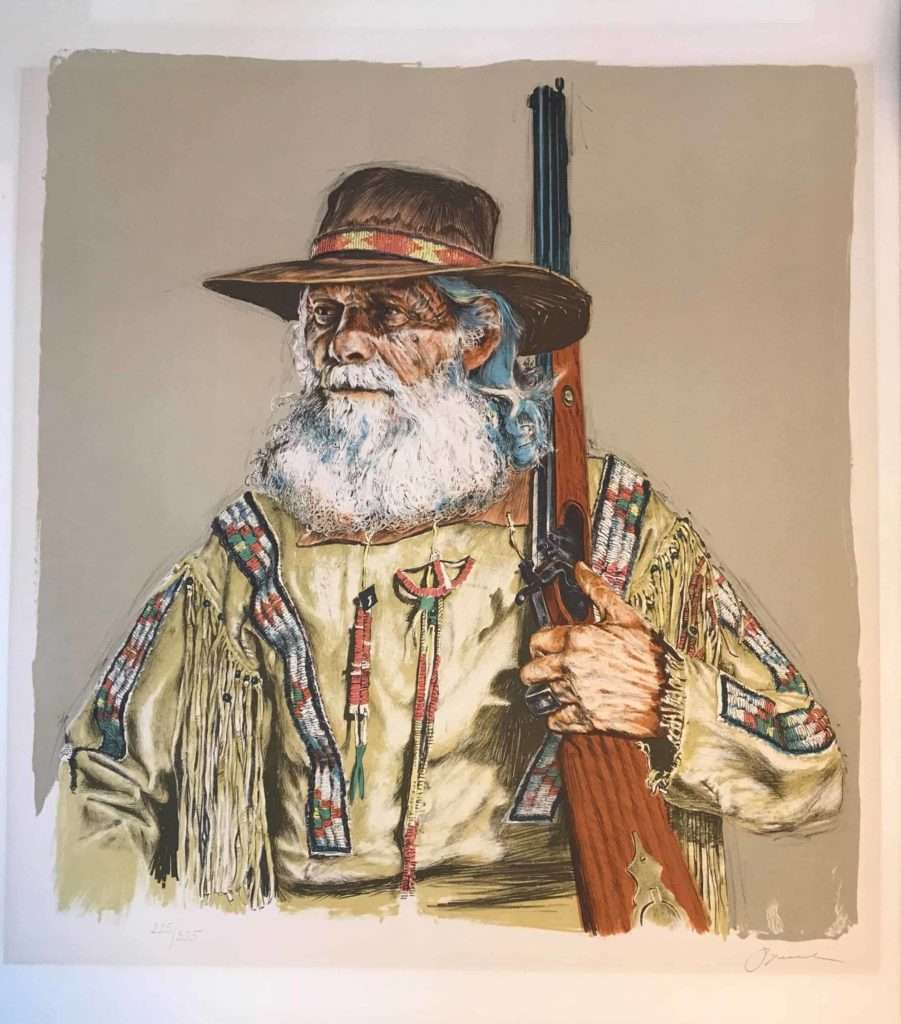 This print is a lithograph by famous American Artist, John Bruce. The print measures 21.25…